As part of David Quiles Guilló’s Wrong Biennial, the Odyssey Art and Performance Simulator pavilion in Second Life, entitled Leave Nothing Untouched, will hold a reception/performance supporting its exhibition.

Second Front will present inaugural performances of their new work, “The Abramovic Trilogy” – Picasso’s Baby; The Avatar is Present, and The Second Font Method.
Other works on display at Exhibit A will include Al Hansen’s Alice Denham in 48 Seconds or Less by Bibbe Hansen/Virtual Fluxus; Burning Gnome by Patrick Lichty/Second Front and and installation of the machinima Red Dog for Freddie Herko by Second Front.

Beverages will be served. 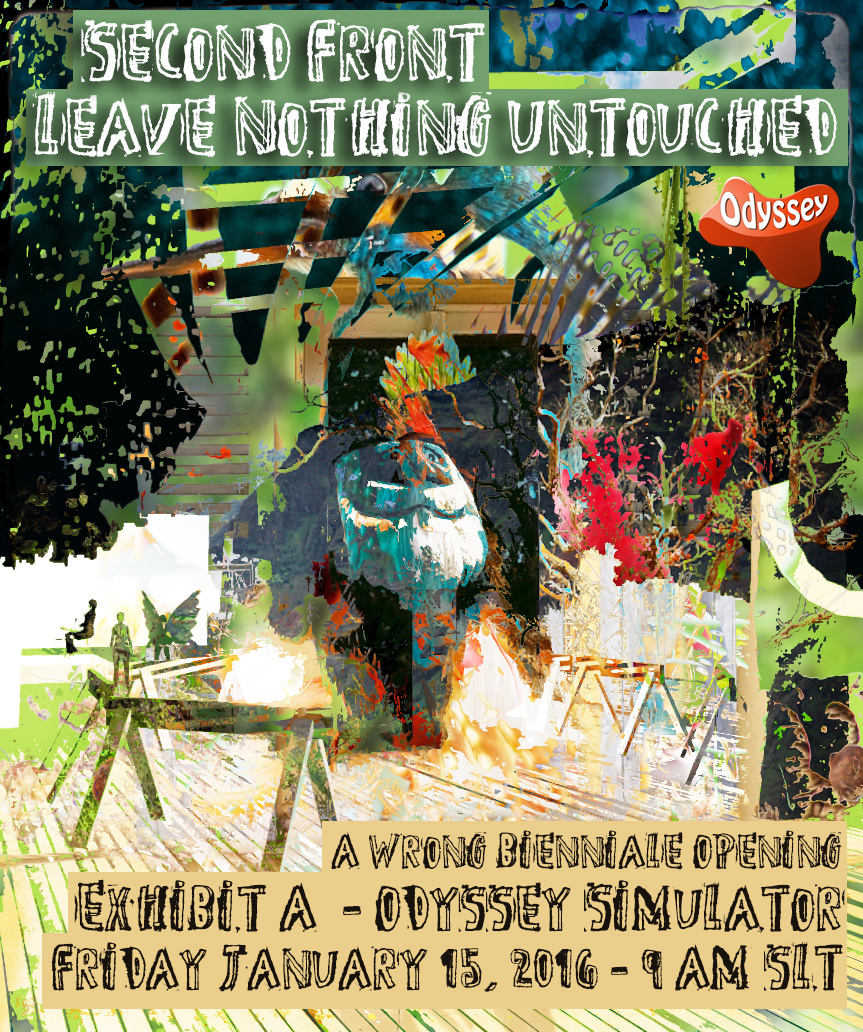